So sorry, our bad 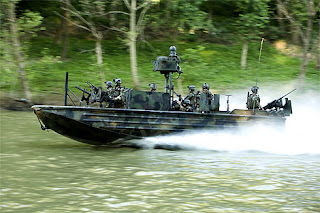 Okay, well there you go.

It was okay because it was a blunder, a mere mistake.

How about we get serious about protecting our borders and our citizens?  Let's put gunboats out there, hmmmmm?

BROWNSVILLE — A global intelligence company Wednesday said the death of U.S. citizen David Michael Hartley on Falcon Lake was a case of mistaken identity in a turf war between rival drug cartels.

Hartley, who was shot during a Sept. 30 sightseeing trip to the Mexican side of the bi-national reservoir, was shot by Zeta cartel enforcers because he was mistaken for a spy of the rival Gulf Cartel, according to the report by STRATFOR, and Austin-based think tank specializing in intelligence and international issues.

The report goes on to say Hartley's body likely was destroyed as Los Zetas went into “damage control” mode and that the lower-level operatives responsible for the unauthorized strike against him now are on the Zetas' hit list.