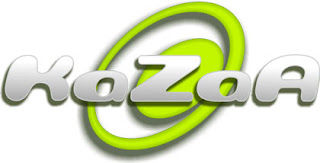 I would rather that SCOTUS look and spend time on more important matters like how can the Federal Government force folks to purchase health insurance under the Commerce Clause of the Constitution.

However, I am sure they can devote some time for Ms. Harper's case as well.


The U.S. Supreme Court appears interested in deciding whether a San Antonio woman intentionally infringed on music copyrights when she downloaded songs from the Internet when she was 16.

Whitney Harper, now 22, was ordered in March by the 5th U.S. Circuit Court of Appeals in New Orleans to pay $27,750 to five music companies, or $750 for each of the 37 copyrighted songs she accessed through Kazaa and similar file-sharing sites online. She filed a petition for a writ of certiorari, or a request for an appeal, with the Supreme Court in May.

The companies choose not to respond to the appeals request, a move that Harper's lawyer, Kiki Camara of Camara & Sibley in Houston, said is used by “the other side to try to make a case look nonimportant.”