No debating it; UTSA is Number One!! 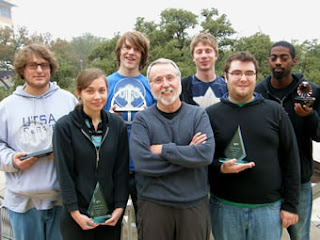 Wow!!  What a great achievement for these students from UTSA!!

Our ninos and ninas beating out Ivy League power houses from Harvard and Dartmouth.

The University of Texas at San Antonio’s debate team is No. 1 in the nation after a weekend tournament, beating out Harvard, Dartmouth and the University of California-Berkeley.