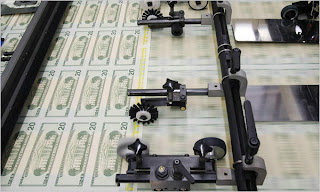 Isn't anyone in the Administration ashamed we are being taken to task for this by China?

They are speaking about us like we are a third-world country who cannot control ourselves.

They could be right.

Rampant issuance of dollars by the United States is saddling China with "imported inflation", Chinese commerce minister Chen Deming was quoted as saying by state media on Wednesday.

"Given the current situation, companies have thought ahead and prepared for exchange rate fluctuations as well as an increase in labour costs," Chen said, according to the state-run China Business News.

"But because the issuance of dollars is out of control, and international commodities prices are continuing to rise, China is confronted with imported inflation, which has created major uncertainties for businesses," he said.