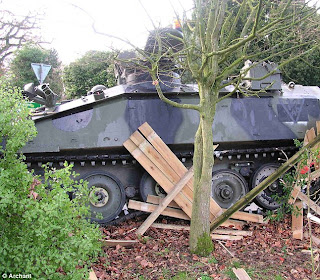 Tanks are hard to stop.

A judge Friday refused to stop construction of a water tank in a North Bexar County subdivision whose neighbors sued over allegations that it eroded their quality of life and was not even meant to provide water for their area.

State District Judge Victor H. Negrón Jr. denied a request for an injunction against the Bexar Metropolitan Water District that was sought by some residents of Timber Oaks North Estates, where the nearly $10 million tank is being built.

The plaintiffs, who say they are on private water wells, argued that the 35-foot-high tank would mostly supply Stone Oak. They claim BexarMet has known since 2000 that it needed an elevated storage tank to serve the upper Stone Oak area but abandoned two less-expensive sites, on Canyon Golf Road and at the end of Hardy Oak Boulevard in Stone Oak, after residents there complained or negotiations fell through.