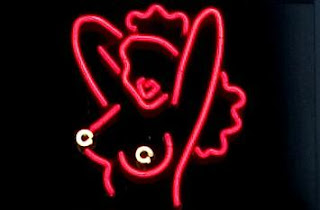 CAMP WASHINGTON – Cincinnati police say a prostitute called them for help when her customer refused to pay for services rendered.

When the woman summoned officers to a Camp Washington motel on Monday night, she told them to get there fast because hostages were being held at gunpoint, according to Hamilton County court records.

But when police arrived, they arrested two women on prostitution charges.

Megan C. Taylor, 20, and Donna Toure, 34, were booked into the Hamilton County jail about 8 p.m. on charges of soliciting prostitution. Taylor faces an additional charge of inducing panic for allegedly making the phony report.

Both women also were wanted on open warrants for other, unrelated charges such as assault and child endangering, court records show.
Posted by Sam at 7:32 AM