Move along! Nothing to see here but some more ugly South Texas politics as usual 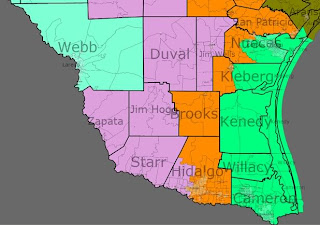 I imagine he's running for re-election and this shouldn't help him, unless, of course, he has no opponent.

AUSTIN, Texas (AP) -- State Rep. Kino Flores, a South Texas lawmaker accused of using his elected position to sell legislative favors, was convicted Wednesday on all 11 counts of tampering with government records and perjury.
A Travis County jury convicted Flores, 52, of five counts of misdemeanor tampering with a governmental record, four counts of felony tampering with a governmental record and two counts of misdemeanor perjury in deliberations that began Tuesday. Flores did not testify.
Flores faces up to two years behind bars on each of the felony counts. Sentencing was set for Nov. 22 by State District Judge Bob Perkins.
The rest of the story:
Posted by Sam at 7:37 AM