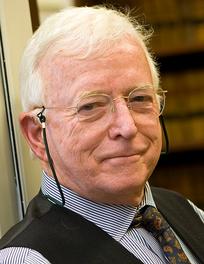 Not a good thing.  I feel badly for him.

A federal judge was granted a $50,000 bond Monday on charges that he purchased drugs on several occasions from an Atlanta club stripper with whom he was having a sexual relationship.

The 67-year-old Camp is accused of purchasing and using cocaine, marijuana, Hydrocodone and Roxycodrone since last spring and using them with an exotic dancer he met at the Goldrush Showbar on Metropolitan Avenure, according to an affidavit by FBI Special Agent Mary Jo Mangrum, a member of a task force investigating public corruption.

Bill Morrison, his lead attorney, declined to discuss the specifics of the case and he portrayed it as a matter a private breach of integrity rather than as a public one by a long-term public official.