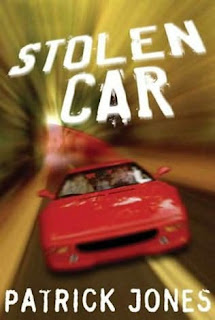 Not very bright is he?

Cops: Break-in suspect reports his car was stolen
OLD SAYBROOK, Conn. (AP) -- A Connecticut man was arrested after police said he burglarized three condos then called officers to report that the car he allegedly used in the break-ins had been stolen. Police said 33-year-old Geraldo "Tito" Figueroa, of Waterbury, reported late Monday to Fairfield police that his car had been taken.
An officer responding to the burglaries in Old Saybrook, Conn., just hours before said he had spotted Figueroa fleeing the sceene with a pillow case full of items.
Police said a car linked to Figueroa was left at the condo complex with items inside that had been reported stolen there.
Figueroa was arraigned Wednesday on burglary and larceny charges and was ordered held on $300,000 cash bond. It was unclear if Figueroa had hired an attorney.
Posted by Sam at 7:45 AM