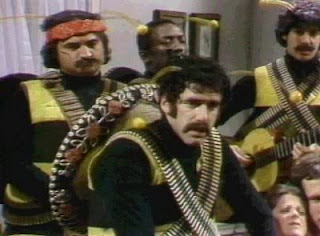 The honey bee killer gets stung.

LYNWOOD, Ill. –  The arrest of a small-town police officer for the seemingly random shootings of three people surprised his family and neighbors Friday even as it brought relief to residents on the Illinois-Indiana border where the shootings took place.

Brian Dorian, 37, was arrested early Friday after a two-day manhunt for a disheveled gunman who had approached his victims and asked about honey bees or construction material before pulling a gun. One man was killed and two others wounded.

Dorian is an officer with the Lynwood Police Department, 30 miles south of Chicago, not far from where the shootings took place. He was arrested at his home in Crete, Ill., on a murder warrant and is being held on $2.5 million bail in a jail in Joliet, said Chuck Pelkie, a spokesman for the Will County state's attorney's office.