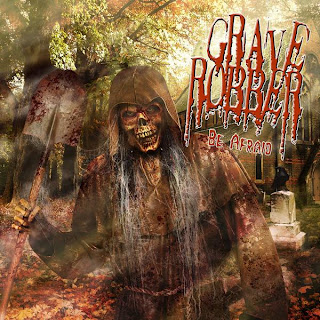 This is just pathetic.

Spangler, 92, misses her and just about every day, he drives to Prospect Hill Cemetery in Manchester Township to visit her grave. He usually spends a few minutes visiting her and then, he said, "he walks around looking at the graves, you know, monkeying around."

On Wednesday, just after noon, he was at his wife's grave when he heard a car pull up near his car. A moment later, a man in his late 20s or early 30s, had pulled a black revolver on him and was demanding his wallet.

"I guess I wasn't quick enough to hand it over, so he grabbed it, ripped my pants," Spangler said Friday in his Manchester Township home.

It happened quickly. Spangler did ask the man if he could have his cards -- his driver's license and such. "But I don't think he heard me," he said.

By then, the suspect was heading to his car. He drove off toward the cemetery's Pennsylvania Avenue exit.

Since that afternoon, Spangler has been interviewed by two local TV stations and the newspapers. He's not sure why everybody's making such a fuss.

It was just something that happened.

He said he wasn't scared during the robbery.

"What's the use of being scared?" asked Spangler, retired superintendent of General Machine Works in York. "Wouldn't do no good to be scared."

The suspect go away with about $60, he said.

Strange thing is, on Thursday, Spangler received his wallet in the mail -- his ID and cards intact, only the money missing. He imagines the robber mailed it to him, or maybe someone found his wallet and dropped it in the mail. He called the Northern York County Regional Police, who took his wallet for processing. The police were to return it Friday, Spangler said

He also figures the robber was disappointed to get such a small sum for his efforts.

But he doesn't hold any ill feelings toward the robber.<

"Maybe that's his job, to go out and rob people," he said. "Maybe he figured he'd get a lot more money from me."

Police are continuing to investigate. Anyone with information is asked to call them at 292-3647 or use the crime tip reporting section at the department's Web site.
Posted by Sam at 6:53 AM