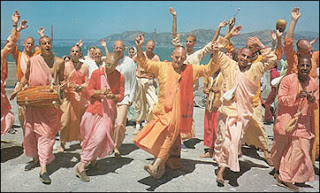 Isn't pretty much anyone capable of being a terrorist?

Okay, except for the Hare Krishna's, but they can get pretty aggressive.

Terrorism, Hindus not related to each other
The Times of India


NAGPUR: The Rashtriya Swayamsevak Sangh has taken a strong exception to the use of the term 'Saffron or Hindu terror' and said that terrorism and Hindus cannot be related to each other.

Addressing the annual Dussera rally at Reshim Bagh ground, RSS chief Mohan Bhagwat said, "Terrorism and Hindus are the oxymoron and can never be related to reach other. This was an attempt to weaken the strength of the Hindus in India and at the same time to appease the Muslims."

Noted musician, Hridaynath Mangeshkar was the chief guest of the occasion.

A handful of incidents involving Hindus were reported and for that to blame the entire Hindu community was improper and unjust, Bhagwat said.

"Hindus are generally not involved in terrorism," he said.