Bring out your dead! 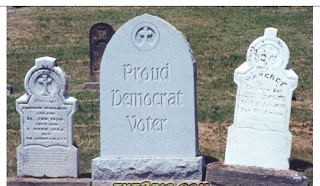 Proof the dead do vote in South Texas.

Mary Ann Comparin, 81, was released from Bexar County Jail on Tuesday after posting $10,000 bail, officials said. She faces one count of illegal voting.