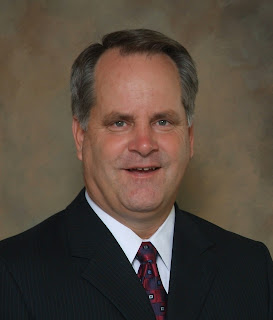 There are two folks running in the race for Comal County Commissioner Precinct 2 however, the reality is that the only real choice for the position is Scott Haag, the Republican.

A disclaimer, I do know Scott and I have the pleasure of working with his wife Sandra in the DA's office.

That is not why I am endorsing him over his opponent Wade Jacoby.

Mr. Jacoby, seems to me to be at least one brick shy of a full load.

Since when is a Democrat going to "streamline" government?  Didn't this country swallow that Kool-Aid back in 2008.

Is the Dam not getting built because of a dispute as to the efficacy of its design and location due to some allegedly poor soil sampling the fault of Commissioner's Court?

I guess in Mr. Jacoby's rather simplistic point of view better a bad dam than no dam at all?  What about all of the folks whose lives and property would have been potentially at risk because of that policy and thought process?  Not to mention the cost of rebuilding a suspect dam that failed and the cost of the potential liability to the county?


How about taxes going up?  Is it the fault of Commissioners that Comal County is growing by leaps and bounds, requiring new roads, wider roads, more infra-structure, more law enforcement?

I'd rather live in a county where the Commissioners' keep ahead of the curve rather than be behind the curve.  It costs less to build and funds things as anticipated rather than pay later.  Furthermore it inconveniences folks less.

Scott, a former DPS trooper, is the true conservative in this race and the man that this county needs as a good steward of its capital resources.  He is earnest, solid, and honest.  He is not given to election thuggery, such as tearing down or cutting up his opponent's signs, as others seem to do.