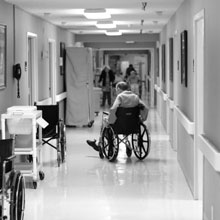 After more than a day of deliberation, a civil jury found a San Antonio nursing home negligent Wednesday in its care of a now-deceased resident who developed severe, infected bedsores.

But the nearly $600,000 verdict is expected to be reduced substantially after state District Judge Victor Negrón applies Texas tort reform caps that have been in place since 2003.