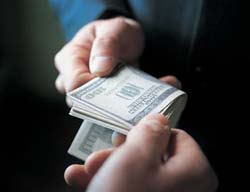 Unfortunately anyone even slightly familiar with governmental corruption in Mexico will find this to be eminently believable.

MEXICO CITY — In a video posted Monday on the Internet, a man saying he is the kidnapped brother of Chihuahua state's former attorney general accused her and other senior officials of working for members of the Juárez Cartel.

The man, who identified himself as lawyer Mario Gonzalez Rodriguez, claims Patricia Gonzalez ordered the murders of two journalists, a pair of Mormon community activists and several lawyers.

None of the man's accusations could be verified.