The poor need lawyers too 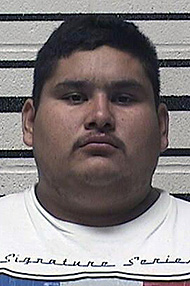 What?! The poor need attorneys?  Tell them to stop killing their stepbabies. (sarc off)

Seriously, we are banging up against the massive costs for providing legal care.  Do we continue to use outside attorneys who are appointed, sometimes seemingly by whim, by Judges who sometimes get wined and dined and receive large campaign contributions from those same attorneys or go to a public defender system analogous to the Feds.

Warning: the rest of the story will not be posted until later today.

A day after Diego Morin was arrested in Del Rio and charged with killing his baby stepdaughter, the 22-year-old construction worker requested a court-appointed attorney because he could not afford to hire one.

Morin then sat in Val Verde County Jail more than eight months before a judge appointed him a lawyer.

His wait violated the state's Fair Defense Act, a law passed nearly a decade ago when Gov. Rick Perry vowed to correct widespread inequities in how poor criminal defendants are represented in Texas.