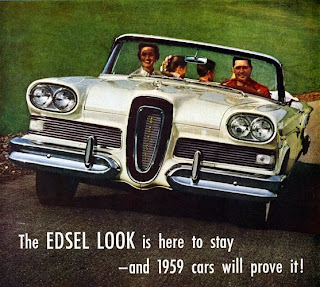 Is Obama really that tone-deaf and ignorant of history?  Calling the Volt an electric Edsel is about the worst thing to call any new car roll-out.

Green Technology: Government Motors' all-electric car isn't all-electric and doesn't get near the touted hundreds of miles per gallon. Like "shovel-ready" jobs, maybe there's no such thing as "plug-ready" cars either.

The Chevy Volt, hailed by the Obama administration as the electric savior of the auto industry and the planet, makes its debut in showrooms next month, but it's already being rolled out for test drives by journalists. It appears we're all being taken for a ride.

When President Obama visited a GM plant in Hamtramck near Detroit a few months ago to drive a Chevy Volt 10 feet off an assembly line, we called the car an "electric Edsel." Now that it's about to hit the road, nothing revealed has changed our mind.