Forgetting what The Alamo stands for 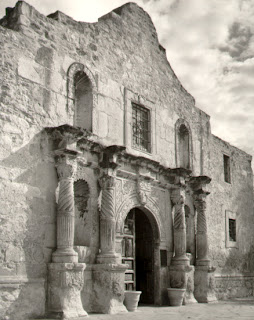 The irony of it all is delicious.

This organization, entrusted to be the stewards of one of the greatest symbols of the fight and yearning for freedom in this country, The Alamo, is squelching the voices of those who disagree with what they're doing.

They are being booted from the organization.  These folks are letting the State of Texas know there are problems.


Which includes the fact the organization is apparently not taking as good care of the building as they should.

Its a line in the sand Colonel Travis, himself, would have wished they would not have crossed.

Sarah Reveley, an outspoken critic whose complaints about care of the Alamo kicked off a state investigation, has been expelled from the Daughters of the Republic of Texas.

Reveley got a letter Wednesday saying her DRT membership was “permanently terminated.” She's the third Daughter ousted in the past 10 months.