So thats why they call it crack 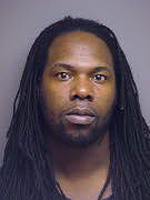 I sure don't know what is happening to this site but I've just now been able to connect to post.

And it does not work correctly.

I apologize for that.  So let's get busy!

What a great defense.  Its not my cocaine.  I don't know how it got there!

Oh the pot you found in there is mine.  The cocaine?  Nope, nada, nyet.

Suspect denies owning cocaine in his butt
But Florida arrestee, 25, copped to pot police found in his crack
TheSmokingGun.com -

A Florida man arrested Wednesday on drug charges told cops that a bag of cocaine found hidden inside his buttocks did not belong to him. Though the suspect did cop to ownership of a bag of marijuana hidden alongside the coke.

The narcotics were discovered by Manatee County Sheriff’s Office deputies after Raymond Roberts’s Hyundai was pulled over on a Bradenton street for speeding Wednesday morning. Investigators, who reported smelling a strong odor of marijuana emanating from the vehicle, subsequently searched the 25-year-old Roberts and discovered his hidden stash.

During the search, when Deputy Sean Cappiello "felt a soft object in the crack of his buttocks," the suspect "began to tense up." Roberts volunteered to remove the item. “Let me get it, hold on” he said, and proceeded to place a "clear plastic baggie with a green leafy substance" on the car's hood. A subsequent test showed the substance to be marijuana, 4.5 grams worth, according to an amusing sheriff’s report. Or click here for an easy-to-read PDF of the document.

"I then asked him if that was it," wrote Cappiello, "and he stated 'yes.'"

But, as the deputy reported, "I then searched his shorts again and felt another object that was in the crack of his buttocks. I pulled the object out from the exterior of his shorts and a clear plastic baggie with a white rock substance fell to the ground." This plastic bag, a test would later determine, contained 27 pieces of crack cocaine.

Roberts quickly disavowed ownership of the cocaine. “The white stuff is not mine, but the weed is,” he claimed, adding that the crack in his crack was the property of a friend who had previously borrowed the car and left the drug on the passenger seat. Roberts explained that when he was pulled over for speeding, he concealed the second bag of narcotics.

Pictured in the above mug shot, Roberts was charged with pot and cocaine possession. He was freed after posting $1120 bond.
Posted by Sam at 6:12 AM