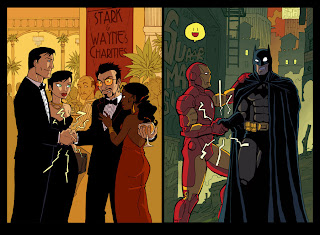 Some one call the Waahmbulance!


A firm handshake is usually seen as a good thing in business and even in politics.
Not so much in South Florida. A candidate for the Broward County School Board wants the cops to lock up her opponent after what she claims was akin to battery after a recent debate.
Jaemi Levine filed a complaint with the Broward Sheriff's Office claiming David Thomas squeezed her hand so hard during a post-debate handshake Tuesday that it now hurts.
Instead of getting a grip on education issues, Thomas decided to get a grip on his opponent for the Disctrict 4 seat.
Levine alleges Thomas was upset that she outclassed him during the debate in Tamarac, which led to the Kung Fu-grip handshake and a few mumbled harsh words to get his point across.
"Don't ever question my integrity again," Thomas allegedly told Levine as he delivered the crunching handshake.
Thomas, a social science teacher at J.P. Taravella High School and a retired U.S. Navy Lt. Commander, told the Sun-Sentinel the story is non-sense and he didn't purposely injure Levine.
BSO has not decided what to do with the criminal complaint yet, but don't be surprised if Levine shows up in a hand cast at the next debate with armed body guards to get her point across.
But as the saying goes in South Florida, sticks and stones may break some bones, but it's the handshake that will really hurt you.
Posted by Sam at 7:44 AM