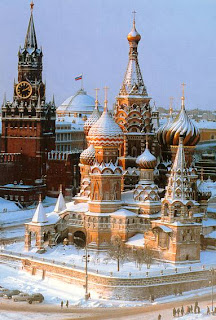 Where'd he get the gun?

In Moscow a jealous husband, 44, killed his much younger wife, 26, before committing suicide.

Neighbours of the couple called the police when they heard the shots at 5:50 am. The officers broke down the doors of the flat and discovered the bodies of the owners, who died from shot wounds from a semi-automatic rifle MC-12,  Interfax reported.

Criminalists determined that the man shot his wife twice and then went to a different room before shooting himself in the head.

Neighbours say they heard the couple argue because the wife came home too late before the shots were fired.
Posted by Sam at 6:49 AM