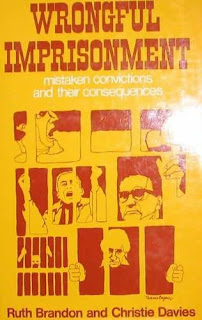 An idea whose time has come?

What about sanctions against prosecutors and law enforcement officers who fail to divulge exculpatory evidence or who otherwise hide such evidence?  If folks get sanctioned I think it would be less likely that others will continue to do so.

Also prepare for the deluge of folks who will falsely claim innocence as well.


Texas can do better on wrongful convictions
Express-News Editorial Board

A state district judge in Dallas last week overturned the 1993 conviction of Stephen Brodie for a sexual assault he did not commit. Add another case to the already long list of evidence in support of the creation of an innocence commission in Texas.

Brodie spent five years in jail for that conviction and another five years for failing to register as a sex offender. Police in Richardson knew hair and fingerprint evidence from the crime scene did not match Brodie, but were under pressure to solve several unsolved sexual assaults.

Brodie, who has been deaf since childhood, was questioned without an interpreter. Scared and under duress, he says, he admitted to the crime. That was enough to seal his conviction. A year after Brodie's conviction, police knew the fingerprint at the crime scene matched another suspect who pleaded guilty to assaulting a 15-year-old girl.