But only if you're a citizen 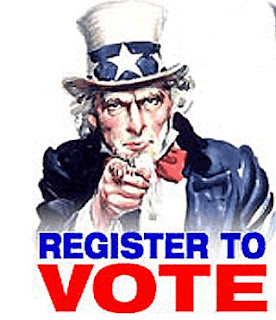 Sorry I don't see the point in this.

Why can we not make folks who want to register to vote, show they are citizens?

Since when do folks who are not citizens have the right to vote in our elections?

How can say the Democrats, including the President, complain (hypocritically) that the US Chamber of Commerce is buying ads with foreign money, yet condone voting by folks who are not entitled to vote?

My parents didn't vote until they became citizens.  And BTW don't tell me this is an anti-Latino or anti-Mexican stance on my part.  That's a bullshit argument.

Its a stance to allow citizens to vote.  I don't give a crap where they come from.  Israel, China, Russia, Fiji, Mexico, or anywhere else.

If you're here, legally or otherwise, and you are not a citizen, you don't get to vote unless the right gets extended to you.  What is so difficult to understand about that?  This decision is plain wrong and bubble-headed politically-correct nonsense.

I hope this matter makes it to SCOTUS and gets reversed.

San Antonio voting rights and legal experts are hailing a decision this week by the 9th U.S. Circuit Court of Appeals, which struck down an Arizona law, known as Proposition 200, requiring residents to prove citizenship when they register to vote.

In a 2-1 ruling, the law was deemed unconstitutional, superseding the National Voter Registration Act, passed to encourage voter registration and erase discrimination at the polls.

The decision was celebrated by several groups as a critical win against what they see as Arizona's anti-Latino, anti-immigrant climate and a message to other states contemplating similar laws.