Take a light out of crime, too 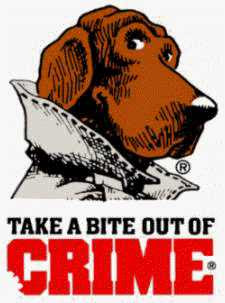 Please, its simple. Lock your car and lock and light your house.

Help cut down on crime.

Police: Rise in burglaries is seasonal
By Theron Brittain -The Herald-Zeitung

Zack Atkinson returned from a weekend trip Sept. 27 to find the back door broken in at his residence on Ferguson Street. Among items stolen from his house were three TVs, a laptop computer, a DVD player, hardware, wine and liquor.

“It’s going to total up to about $12,000,” Atkinson said. “I would be taking it a lot worse if I didn’t have insurance. Luckily, I do. I doubt that I’ll get any of my stuff back. It would be great, but I’m not anticipating it.”

Atkinson moved to New Braunfels this past year from San Antonio, where he works as a custom homebuilder. He said he still feels the community was a safe environment and the burglary has not changed his opinion.

“I still like it a lot better than the big city,” he said.

Vehicle and building burglaries have dominated police reports the past three months, reflecting a rise in crime in New Braunfels since the past year.

However, police do not find the trend significant.

Despite a summer rife with vehicle and building burglaries, police say New Braunfels residents should expect to see a decrease in these types of crimes in the coming months.

In 2009, as in past years, burglaries increased in the city during the summer months, particularly in the downtown and Schlitterbahn areas.

Police have cautioned citizens that an increase in crime overall is one of the growing pains associated with a recent population boom, but say vehicle and building burglary is a seasonal crime, peaking in the summer as New Braunfels endures an influx of tourists.

City-wide there have been 808 motor vehicle and building burglaries from January to September of this year, with an average of 90 a month. In comparison, there were 882 burglaries reported for all of 2008, reflecting an average of 74 a month.

For both years, burglaries peaked from May to August. The rise in vehicle and building burglaries during the summer months parallels the increased traffic, especially in those areas near the city’s main attraction — the river, said Lt. Michael Penshorn of the New Braunfels Police Department.

While police routinely patrol these areas, motor vehicle and building burglaries are a crime of opportunity, and the burglars have often moved on before the crime is discovered.

“If somebody leaves valuables in plain view, or their vehicle unlocked, these are situations that invite the crime to take place,” Penshorn said. “The same thing goes for residences,” he said. “If someone leaves their garage door open all night long, this presents an easy opportunity for someone to enter, grab something and leave.”

“When a criminal goes through a parking lot and is trying door handles and gets to the one that’s unlocked, that is the one they are going into to steal something,” he said.

Residents can protect their homes and businesses with similarly simple precautions.

“With buildings — lights deter crime,” Penshorn said. “The last thing a criminal wants is for someone to see them or to be visible and whether it’s street lights or outside lights left on at night, that is something that is highly recommended, as well as locking doors and windows.”

Atkinson said residents should get to know their neighbors.

“Keep an eye out for suspicious activity,” he said. “If you’re going to be out of town, have your neighbors look out for your home.”
Posted by Sam at 8:13 AM