This TV's reception is really lousy 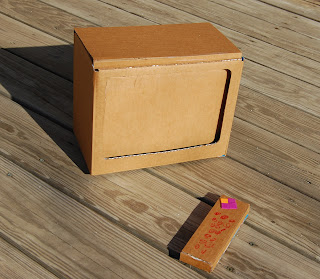 Okay it was in Australia, how much does anyone want to bet that some beer drinking was involved?

WOULD-be television thieves in Melbourne were left red-faced after they tried to steal a cardboard cut-out in a bungled burglary.

Intruders broke into a vacant display home in Arnolds Creek Blvd, Melton West, between 7.30am and midday on Sunday after seeing a large plasma television through a window.

After smashing a front door window to gain entry, the thieves received a nasty surprise upon discovering the television set was a cardboard cut-out used for display purposes only.

The intruders took out their frustration by messing up a bed.

Damage to the front door was estimated at $50.