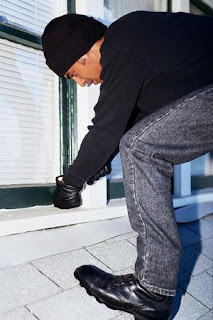 An extremely frightening and dangerous situation.

Without the quick thinking and instincts of Mr. Enloe this could have ended in tragedy.

When Edna Enloe looked out her kitchen window Monday afternoon and saw a vehicle pulling into her driveway on rural Bear Creek Drive, she had no idea she was about to experience the most terrifying moment of her life.

A trusting person, Enloe informed her husband, Ernie, that they had visitors and went with him to the front door. A sudden loud knocking put them on the defensive.

“He didn’t gently knock,” Ernie Enloe said. “I had my hand on the door unlocking the deadbolt when he proceeded to make that loud knocking and that got my adrenaline going.”

The Enloes will never forget what happened next.

“He opened the door and the man held out his hand,” Edna said. “He had a gun in his hand and it was right in my husband’s face.”

Ernie, a 63-year-old Vietnam veteran, grabbed the man’s arm and began struggling with him in the foyer, telling Edna to dial 911. While she was on the phone, Ernie managed to use the door to force the man outside. He slammed the door and locked it, and the man ran to his vehicle and fled the scene.

“It felt like it lasted an eternity,” Edna said. “The guy just wouldn’t leave. It was a struggle, and a struggle for my husband’s life. I was in total disbelief and shaking and I felt helpless. My instinct was to go help my husband, but I couldn’t because (the operator) kept saying ‘Stay on the phone!’ I knew something terrible was happening but it was hard to absorb.”

Ernie said he is not a hero, saying he just reacted automatically.

“When I saw the weapon, I determined I was going to do all I could to stop it,” Ernie said. “All I know is that that door had to be closed. I was fearful for my wife and I couldn’t allow him to come inside, because then he would have been in control.”

Comal County Sheriff’s deputies arrived minutes after the attack, but did not locate the attacker or his vehicle — a green Impala.

Ernie was not injured in the attack.

Edna Enloe described the assailant as a Hispanic male, 20 to 25 years of age, 5 feet, 10 inches tall, around 150 pounds with a shaved head. She witnessed a second man in the Impala, but the man never got out of the vehicle, she said.

Sgt. Brett Smith of the Sheriff’s Office said a total of five police units responded to the call. They dusted the door for fingerprints and are actively looking for the vehicle, Smith said.

Though the encounter was unusual, he said, the daylight hours are typically the time burglars target homes because owners are usually at work.

“This was in broad daylight,” Edna Enloe said. “I want people to be aware that these things are happening.”

She had no doubt what would have happened if the man had gained entry to their house.

“We would have died,” she said. “We came very close to losing our lives. He had a gun and he intended to use it. If my husband hadn’t been physically able to wrestle with that man and get him out of the house we would be dead.”

She thanked the deputies for their quick response.

“I want to praise them for being so professional, kind, and concerned for our wellbeing,” she said.

Smith advised the Enloes and all residents to keep their doors locked at all hours of the day and night and not to open the door to strangers.

“We have always helped people, but I will never again open my door to strangers,” Edna said.
Posted by Sam at 6:19 AM