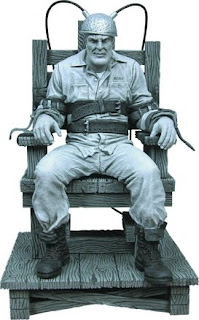 Capital punishment, in my opinion, is a necessary and fitting punishment for some crimes, but for gosh sake let's make damn sure it is warranted before pushing the needle in.

It makes one wonder what is in the report when it is kept secret. Was the forensic evidence overwhelmingly in error or not?

I certainly believe that the new committee chair, John Bradley, will be fair and above-board.

There should be no reasonable doubt before an execution proceeds.

Just 88 minutes before the February 2004 execution of Cameron Todd Willingham, the governor’s office received by fax a crucial arson expert’s opinion that later ignited a political firestorm over whether Texas, on Rick Perry’s watch, used botched forensic evidence to send a man to his death.

In a letter sent Feb. 14, three days before Willingham was scheduled to die, Perry had been asked to postpone the execution.