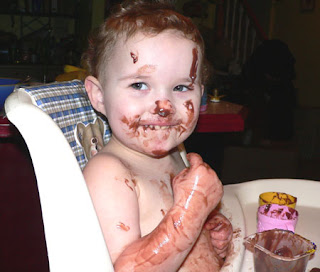 I've had sh**ty clients in the past but this one really takes the prize.

SAN DIEGO – A man who sneaked a small bag of feces into a courtroom during his robbery trial, smeared the contents on his lawyer and threw it at jurors, was sentenced Monday to 31 years and four months in prison.

McGowan was tried in January on charges stemming from an October 2007 robbery in Barrio Logan. According to court documents, McGowan demanded money from a 54-year-old man and hit him with a rock that was inside a sock.

During jury selection, McGowan asked the trial judge to declare a mistrial because he believed members of the jury had seen him in restraints while being escorted into the courtroom, according to court documents.

Judge Jeffrey Fraser spoke to the four jurors in question, then dismissed them from the proceedings. He then allowed the selection process to continue.

According to court records, McGowan “became very boisterous and somewhat belligerent” after his request was denied. At one point, he told sheriff's deputies, “You better put the chains back on before I do something.”

Three days later when the trial was under way, the jurors stood for a mid-morning break. As they began to file out of the courtroom, McGowan pulled out a bag of feces he'd hidden in his clothing, rubbed excrement on his lawyer and threw it at the jury.

It did not hit anyone in the jury box, but some landed on a computer case that belonged to one of the jurors.

Fraser declared a mistrial and a new defense attorney was picked to handle McGowan's case.

On Monday, Deputy District Attorney Christopher Lawson said in court that McGowan clearly has mental health issues, but he committed an intentional act when he threw the feces.

Brown, who took over the case after the mistrial, ordered McGowan to pay $129 restitution to replace the juror's computer case.

After the hearing, attorney Stephen Cline – who did not represent McGowan at trial – said his client is “very moody” and suffers from bipolar disorder. He was not taking his medication