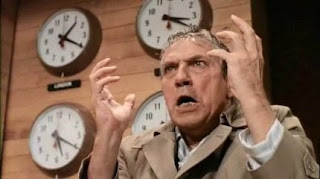 What is going on?

Are teachers now fed up, mad as hell and not taking it any more?


A Cason Lane Academy teacher accused of pocketing students’ lunch money was charged with theft under $500 Monday by Murfreesboro Police.

Teacher Angela M. Strube, 30, of Sky Valley Trail in Smyrna was charged with theft of the money from her third grade students after an investigation by Detective Lt. Nathan McDaniel.

Police spokesman Kyle Evans said the Murfreesboro City Schools system, not the children, was the victim because the teacher reported the children paid for the lunches.

“She admitted to taking the school lunch money – just to pocket the money,” Evans said.

“We are glad to make an arrest in this case,” Evans said. “Anytime you have an authority figure you trust stealing from the most vulnerable is a sad situation.”

Strube is scheduled to answer the charge Nov. 30 in General Sessions Court.

Also, another school system employee was suspended without pay after being arrested during the weekend.

He identified himself as a teacher at Northfield Elementary School.

“He is not a teacher,” Harris said.

MIAMI LAKES — A Miami Lakes special education teacher was sentenced today to two years of probation after she was found guilty of putting hot sauce in an autistic student's soda, WFOR-Ch. 4 reports.

Sylvia Tagle also was sentenced to 100 hours of community service.

The boy's parents said they were outraged at what they call a "lenient" sentence.

"It's really sad and you know what? It really, really sends a bad message to everyone," the father told the judge.

Last month, Tagle was convicted of abuse after she gave a soda with hot sauce in it to the Bob Graham Educational Center student to teach him a lesson.

Tagle says the boy grabbed the soda from her desk when she was with other students.

Tagle could have faced up to five years in prison.

Jurors found Tagle not guilty of three other charges, including pulling a student's hair and not changing soiled diapers.

Elated the case had come to an end with no prison time, Tagle said she loves her job and the children she teaches.

"I love all my autistic children," she told WFOR. "That's why I've done it for so many years. It's not an easy task but I love doing it. And whatever happened was not done intentionally."

For more information on this story, visit www.sun-sentinel.com