This just rubs me the wrong way 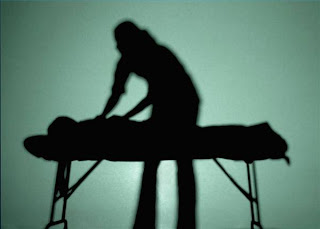 Your tax dollars at work stimulating........stimulating what?

Especially when so many are laid off or otherwise out of work?

More than $2.3 million in federal economic stimulus grants have gone to eight Tampa Bay area cosmetology and massage schools to pay tuition for the hairdressers, masseuses and nail technicians of tomorrow.

That's swell news for those who see the beauty trades as a way to gain a firmer footing in the job market. But is there truly demand for more beauty school graduates at bay area salons?

Not really, said Monica Ponce, owner of Muse The Salon in Tampa.

"Instead of encouraging more people to go to beauty schools," Ponce said, "they should probably help the stylists who are unemployed."

Some area salons are hiring in this economy, but even industry lobbyists say beauty school is rarely a ticket to a thriving career.

Only 1 to 2 percent of beauty school graduates will be working in the field five years from graduation, said Bonnie Poole, treasurer of the Florida Cosmetology Association.

"Yes, it's a good trade," Poole said. "But it's only for a select few who want to wade through the mud to get to where they want to be."

The stimulus money is being paid to beauty schools in the form of Pell Grants, which are awarded to low-income students. The grants don't have to be repaid.

The government doesn't allocate the money based on an assessment of what kinds of job skills are in demand. Rather, students apply to the government for the grants and if eligible can put the money toward the vocational school, college or university to which they've been accepted.

The government sends the grant money directly to schools.

The stimulus bill includes $17 billion to boost the Pell Grant program and raise the maximum annual award from $4,731 to $5,350.

Steve Ellis, vice president of Taxpayers for Common Sense, voiced surprise when told beauty schools were getting a stimulus bump.

"It would raise the eyebrows of many Americans to know that is where their Pell Grant and stimulus money is going," Ellis said.

But the federal Education Department is supportive.

"We are committed to increasing access and affordability for higher education," agency spokeswoman Jane Glickman said in a statement, "and the stimulus funds are making additional money for Pell Grants available for students attending all types of postsecondary institutions."

According to a review of available data, 17 percent of the roughly $14 million in Pell Grants being paid to vocational schools in the bay area is going to those teaching cosmetology and massage. The percentage is tough to target precisely because some schools offer both academic and vocational study.

The grant awards include more than $1 million to Manhattan Beauty School in Tampa, $250,000 to Bene's International School of Beauty in New Port Richey and $280,000 to Sun State College of Hair Design in Clearwater.

Manhattan has nearly 600 students, Bene's about 250 and Sun State 230, according to interviews and federal data.

The data suggest those three schools rely heavily on Pell Grants. Information collected for 2007 and 2008 indicate that 81 percent of students at the schools used the grants.

Patrick Bene, president of Bene's International School of Beauty, said he has seen his enrollment increase roughly 40 percent in the recession, due in part to the increased availability of Pell Grants.

The grants, he said, are invaluable to a class of students who too often come from disadvantaged backgrounds and lack traditional academic skills.

"These are kids who are not going to be going to college," Bene said. "It's not part of their life plan, but they need a career."

For a course of study in cosmetology that can last almost a year, Bene's school charges $12,000, considerably more than an in-state student spends for a year at the University of Florida, the state's flagship. Most students rely on government and private loans in addition to Pell Grants.

It's true that hiring is down at salons, Bene said, but those that are closing had not established themselves. The successful salons, he said, are still doing a strong business.

From July 1, 2007, to June 30, 2008, Bene's International School of Beauty reported to regulators that 78 percent of graduates had been placed in jobs.

Others report a tight job market.

Dennis McMahan, owner of McMahan & Company, a St. Petersburg salon, said he recently tried to a hire a woman but could not because he can only offer commission.

"She needed an hourly wage," McMahan said. "I used to be able to do that, but not in this economy, our business is down."

McMahan's own daughter now goes to beauty school in St. Petersburg. He said he's comfortable with her choice because it has made her happy, and he'll give her a job in his salon.

Would he be worried about his daughter's future if he were not in a position to hand her work?

Chad Malm, owner of Salon Jack in Tampa, said he gets as many as six applicants every week. There are plenty of hairdressers, he said, and using stimulus money to put students through beauty school is ridiculous.

"It's not for everybody to be jumping in and wasting tax dollars," he said. "What, are you kidding me?"