Everyone quit the grandstanding and fix the problem, if any 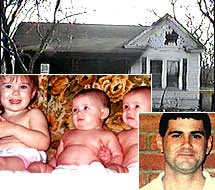 More politicizing of the death penalty and its application.

Use this case as a teaching moment to investigate what may have gone wrong, if indeed a mistake was made, with the use and application of arson science and forensics.

AUSTIN — Gov. Rick Perry on Wednesday defended his actions in the execution of Cameron Todd Willingham, calling Willingham a “monster” and a “bad man” who murdered his children.

Perry has been in a national firestorm over whether he has tried to block an investigation into the quality of the forensic science that led to Willingham's conviction in the 1991 arson deaths of his three children and his 2004 execution.