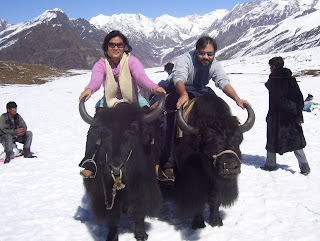 See what happens when the President doesn't meet with the Dalai Lama?

It's really all due to global warming, y'all.

LHASA: More than 200 herdsmen and some 1,000 heads of livestock had been stranded by strong snowfall in Ali prefecture, the local armed police said Sunday.

The week-long snowfall accumulated to about 30 centimeters on the ground in Pulan County of Ali, with some areas suffering from one-meter-thick snow, according to Xing Xiuyin, head of an armed police detachment stationed in the region.

Heavy snow cut off the roads connecting some townships in the county.

Xing said more than 30 soldiers and two snow-clearing machines were on the way to Ali.