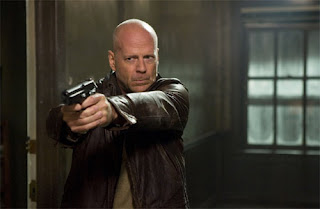 Someone had a bad day yesterday, didn't they?

I bet someone had a few drinks as well.

A landlord-tenant dispute at a North Side home led to gunfire in the front yard and sent two men to the hospital Sunday evening.

San Antonio Police Sgt. John Kellogg said the shooting appeared to have happened after a dispute between a resident and three people who arrived at his home in a pickup, including the two who were shot.