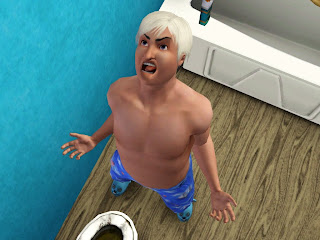 You just knew alcohol would have been involved as well, didn't you?

VERSHIRE, Vt. -- A Vermont man is behind bars after police say he stabbed his son with a corkscrew over a clogged toilet.

Nazeih Hammouri, 53, of Vershire, faces a first-degree assault charge in connection with the Monday morning stabbing.

Vermont State Police said they were called to Hammouri's home on Parker Road just after midnight and their investigation revealed Hammouri had stabbed his 19-year-old son in the stomach after an argument over a clogged toilet.

Police said Hammouri was drinking. He is being held on $15,000 bail and is scheduled to appear in Orange County Court Monday afternoon.
Posted by Sam at 6:39 AM