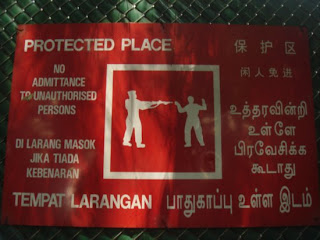 I also heard on the radio this morning that the BAC level in China, to determine if you are DWI, or DUI, if you will is 0.02.

China Central Television (CCTV) said one other defendant was sentenced to life in prison over the unrest, the worst ethnic violence to hit China in decades.

During the rioting, members of the ethnic Uighur minority -- most of whom are Muslims -- went on a rampage in attacks directed mainly at members of China's dominant Han ethnic group.

The riots left 197 people dead, most of them Han, according to the government.

Officials at the Urumqi court refused to immediately confirm the sentences when contacted by AFP, but CCTV said the death sentences were meted out due to the severity of the crimes.

Those sentenced appeared to all have Uighur names. Police have detained at least 718 people suspected of crimes related to the unrest, earlier reports said.

State-controlled Xinhua news agency quoted the city's prosecutor late last month saying 21 people had so far been charged with crimes including homicide, arson, robbery and property damage related to the riots.
Posted by Sam at 6:54 AM