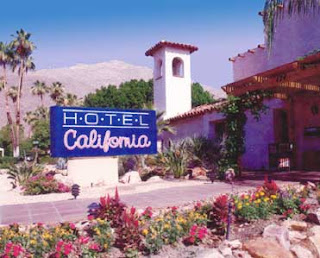 I just know this will make many folks' heads collectively explode when they hear about this.

It makes sense in a strange, perverse way; it saves the jail space for those who really need it and perhaps we'll process the others out more quickly.

But don't give them room service.

Homeland Security Secretary Janet Napolitano said illegal immigrants ranging from criminals to newly arrived asylum seekers would be held in different facilities according to the risk they pose.

"This is a system that encompasses many different types of detainees, not all of whom need to be held in prison-like circumstances," Napolitano told a conference call.

BTW enjoy the video, I think this is one of Rock's classic songs.