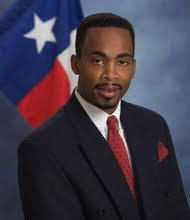 I hope that Commissioner Parker gets to stay on as Commissioner, he is an asset to Comal County.

But it is out of our hands it seems.

Comal County Commissioner Greg Parker is not off the hook yet.

County Judge Danny Scheel said Friday he has spoken with at least four individuals who have agreed to sign affidavits testifying that Parker personally solicited funds from them for a campaign for Texas Railroad Commissioner.

“I will hand the affidavits and a letter to (County Attorney) Geoff Barr on Monday asking him to request an attorney general’s opinion as to whether Mr. Parker has violated the resign to run provision,” Scheel said. The provision is part of the state election code.

Scheel said he informed Barr of the situation and asked him to wait until the affidavits were received before requesting an opinion.

Under state law, a county commissioner who announces his candidacy for another public office must automatically resign his current post if he has more than a year left on his term. Parker has three years left on his term of office.

As recently as Sept. 29, www.parkerfortexas.com, a Web site paid for by Texans for Greg Parker solicited donations through a PayPal account under the heading “Greg Parker, Republican for Railroad Commissioner.”

The Web site provided a link for supporters to purchase items bearing his campaign logo. The link and the heading “Republican for Railroad Commissioner” were removed from the site shortly after a call to Parker from the Herald-Zeitung.

The site now reads “Donate to Commissioner Greg Parker.” The PayPal link has also been removed.

Parker would not answer questions from the Herald-Zeitung about how much money he raised through the Web site. Parker will be required to disclose the amount by Jan. 15, 2010, the deadline for campaign finance reports.

Parker confirmed in an interview with the Herald-Zeitung Oct. 1 that he is associated with Texans for Greg Parker, but would not specify his role in the organization. His wife, Tasha, is the treasurer and was appointed by Greg Parker.

The general provisions of the state election code state that a person in fact becomes a candidate if they take “affirmative action for the purpose of gaining nomination or election to public office.”

In the election code, an example of affirmative action includes “the soliciting or accepting of a campaign contribution.”

Parker has previously said he never announced a candidacy for Railroad Commissioner and is not running for the post.

Parker was not in his office Friday and did not return phone calls to his cell phone.

A determination on whether Parker has violated the resign to run provision has not been made; that decision will come from Attorney General Greg Abbot.

Barr said Friday it could take up to 60 days for the attorney general’s office to issue an opinion. If Parker is found to be in violation, Barr said it would be up to Scheel as the appointing officer of the court to replace Parker.
Posted by Sam at 6:46 AM