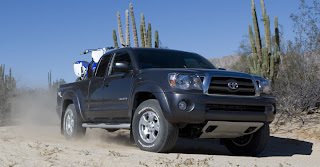 Great news for San Antonio and the surrounding area.

Toyota Motor Corp. said Friday its San Antonio truck plant is set to hire 850 workers by the end of the year and will resume a second production shift in February as it revs up to add the Tacoma pickup.

For the first time since the automaker announced it would build the midsize pickup in the Alamo City, local plant officials released details on new employment figures, production schedules and the anticipated date Tacomas will start rolling off a revamped line at the factory.

Toyota’s plans include increasing the number of production team members at the facility by about 46 percent — from 1,850 to about 2,700 — with a mix of permanent and temporary workers.