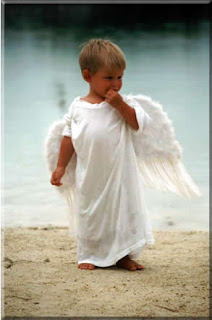 Sorry, I think these parents need to be prosecuted.

This was a needless and senseless death.

On the last day of Kent Schaible's life, his parents and pastor intensely prayed over his 32-pound body, which, unbeknown to them, was ravaged by bacterial pneumonia.

When the 2-year-old boy finally died at 9:30 p.m. Jan. 24 inside the family's Northeast Philadelphia home, the pastor called a funeral director to take the boy's remains to the Philadelphia Medical Examiner's Office.

At no time that day, nor in the week-and-a-half prior, did Herbert and Catherine Schaible seek medical treatment for their son despite his sore throat, congestion, liquid bowel movements, sleeplessness and trouble swallowing, Assistant District Attorney Joanne Pescatore said in court yesterday.

"All it would have taken is a simple visit to a doctor for antibiotics or Tylenol, maybe, to keep this child alive," she said during the couple's preliminary hearing.

"When you look at this case, it's obvious that what you have are loving parents who also appear to be misguided," Dugan told the couple. "Your child needed medical care. As parents, that's what your duty is, and that's why you are here in court today."

The Schaibles' case is similar to a growing number around the country in which parents are slapped with criminal charges for turning to religion rather than medical care for sick children who later die.

Herbert Schaible, 41, and Catherine Schaible, 40, of Rhawn Street near Bustleton Avenue, are free on bail and will be arraigned on Oct. 28.

They are members of the First Century Gospel Church, in the Northeast, which believes that the sick can be healed through prayer rather than by medicine, according to statements that the couple gave homicide detectives two days after their son's death.

" 'We prayed to God for victory . . . We were praying that he would be raised up, " Detective Stephen Buckley said yesterday, reading from Herbert Schaible's statement.

"They believe in faith-healing; that's fine for them," Pescatore said after the hearing. "But this was a two-year-old child."

On Jan. 13 or 14, Kent started showing symptoms of illness that at times improved but generally grew worse until his death on Jan. 24, his parents said in their statements.

" 'He was moody and demanding; you couldn't please him,' " Det. Buckley said, quoting from Catherine Schaible's statement.

Edwin Lieberman, the assistant medical examiner who did Kent's autopsy, said that he had determined the manner of death to be a homicide because the boy could have been saved with basic medical care.

Bacterial pneumonia "is very treatable," he said, but without care he "seriously" doubted if Kent improved at all, as his parents had told detectives.

Francis Carmen, Catherine Schaible's attorney, said that the couple's decision to forgo medical attention was not due to their religion, but because they thought Kent had a cold.

"The commonwealth wants to use [the Schaible's] religious beliefs as a self-fulfilling prophecy that, somehow, because they are different and because they exercise religious beliefs that are not necessarily in line with the majority of us," he said, "that is the cause of them failing to recognize that this child was as ill as he was."

Hoof, on behalf of Herbert Schaible, said that his client did everything in his power to care for his son in the days before he died - feeding him and giving him liquids.

"He cared for his child and thought his child was getting better," Hoof told reporters.