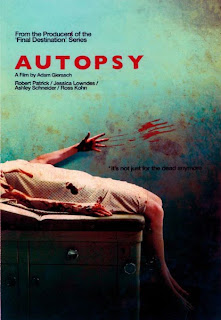 Not a thriving business in Comal County and that is a good thing.

Comal County has no medical examiner, which means all autopsies are performed outside of the county.

At a cost of $2,000 to $3,000 per autopsy, county officials say funding a medical coroner’s salary and office is too expensive at this point.

“The facility and the staff would be phenomenal in cost,” said County Judge Danny Scheel. “It just doesn’t pay. Compared to the population of the city, we don’t have that many autopsies. It’s cost prohibitive at this time.”

Scheel said in the event of mass casualties, such as deaths associated with an H1N1 outbreak, the Center for Disease Control (CDC) would provide a mobile morgue.

“Somewhere down the line, (a coroner) might become a necessity, but it’s just cost prohibitive right now.”

Justice of the Peace offices order autopsies. Jennifer Saunders, JP for Precinct 4, ordered 21 autopsies in 2007, eight in 2008, and 20 as of Oct. 21. She said she was satisfied with the results and the response time she got from labs in San Antonio, Austin and Lockhart.

Medical coroners in Bexar and Travis County most often perform the autopsies. The results are returned to Comal County JPs usually within 60 days.

“I don’t have a problem at all with the work they do,” Saunders said.
Posted by Sam at 6:43 AM