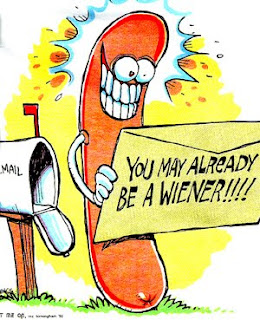 Well, Nigeria isn't so far away after all.

And of course, the actual perpetrators are still in Nigeria, or wherever, and are untouched and unscathed.

A Converse man is in federal custody as part of an investigation into a so-called Nigerian scam that discovered more than $273,000 in counterfeit money orders headed for U.S. residents.

Zarnell Orlando Wilson, 47, is charged with dealing in counterfeit securities and a separate charge of possessing phony securities. Because Wilson's public defender was not ready for a bail hearing Friday, a federal magistrate judge sent Wilson back to jail until a hearing this week.

Wilson, according to a court affidavit filed by agents with U.S. Immigration and Customs Enforcement, is a middleman recruited by con artists in Nigeria.