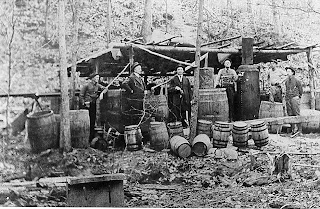 “This is one of the biggest seizures of white liquor I’ve seen come out of the mountains in my career,” ALE Director John Ledford said in statement.

The arrest follows a two-month investigation by ALE agents, assisted by the state Highway Patrol. In addition to the liquor, large amounts of sugar and other items were seized during a search of Nance's property, authorities said.