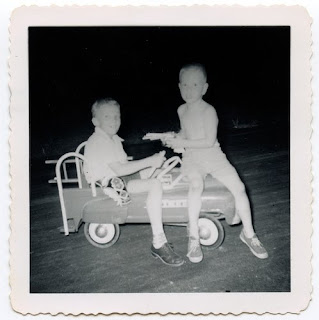 I bet he was pretty excited afterward.

A licensed concealed handgun carrier fired several shots in the parking lot of a downtown hotel Sunday morning, when he came outside as a woman was stealing his truck, authorities said.

The man, whose name was not immediately released, told police he heard the sound of his red Ford F350 pickup's ignition starting around 10:30 a.m. and walked outside his hotel room at the Motel 6 in the 200 block of North Pecos La Trinidad, said Sgt. Devon Lambert with the San Antonio Police Department.

A woman had broken the truck's steering column and was backing up when the man approached her, holding a small-caliber handgun, and told her to get out of the truck, authorities said. She got out of the truck and into the passenger seat of a white pickup, where police said at least two men were waiting.