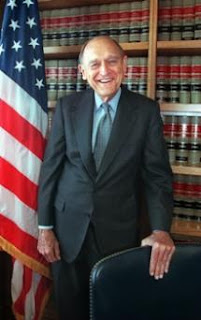 A courageous Judge, some would say.

An out of control Judge, others would say.

I had met him in Tyler, Texas as he knew my wife's family and I had occasion at times to appear in Federal court before him.

He left Texas a better place in many ways, in my opinion.

District judge often was at eye of storm
By R.G. Ratcliffe and Janet Elliott - Houston Chronicle

AUSTIN — U.S. District Judge William Wayne Justice — beloved by some, loathed by others — changed Texas civil rights, including those of prison inmates, in ways few political figures have over the past half-century.

Justice, who spent 30 years on the bench and once was dubbed “the real governor of Texas” for his rulings, died Tuesday at age 89.