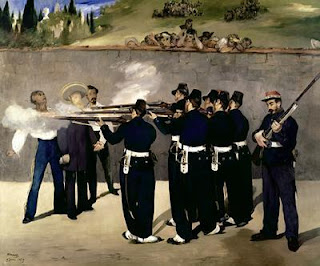 Your appearance is no longer required in this vale of tears.

Reginald Blanton, in his final words, thanked his supporters, told his victim's family that he understood their pain and decried the drugs used to put him to death.

Blanton was condemned to die for the robbery and shooting death of his acquaintance Carlos Garza, 22.

"Believe me, I shed plenty of tears behind Carlos," he said, looking towards five of Garza's relatives, including the victim's mother. "Carlos was my friend."