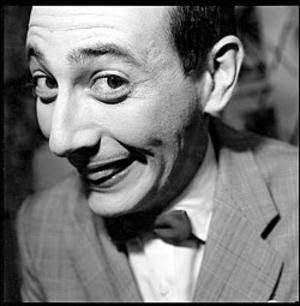 Change the frickin' law to cover these kinds of abuse.

BTW I'm not saying Pee Wee Herman is involved. I just found him to be pretty creepy looking in this picture.

DALLAS — A 1970s-era Texas law that allows parents to show “harmful material” to their children has come under fire after a prosecutor said he couldn’t file charges against a man accused of forcing his 8- and 9-year-old daughters to watch hardcore online pornography.

Randall County District Attorney James Farren has asked the Texas attorney general’s office to review his decision not to pursue charges in the case, which has prompted at least one lawmaker to vow to change the state’s public indecency law.