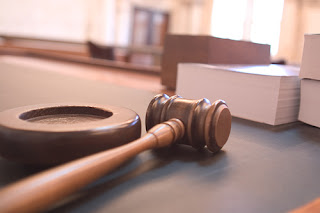 A sad ending to a well-intentioned and otherwise outstanding career.

The remaining investigations into the use of the forfeiture funds continue, as they should.

KERRVILLE — E. Karl Prohl's sudden resignation last month as state district judge resolved three complaints against him at the State Commission on Judicial Conduct, according to records released Tuesday by the panel.

The complaints prepared in 2008 by Kerrville attorney Richard Ellison, on behalf of himself and two criminal defendants, alleged Prohl was biased in favor of then-District Attorney Ron Sutton due to receiving money from a forfeiture account controlled by Sutton for uses that included buying office equipment and attending conferences in Hawaii.

A voluntary agreement to resign in lieu of disciplinary proceedings was signed by Prohl on Sept. 23, six days after he announced his retirement after 18 years on the bench in the 198th judicial district, which covers five counties in the Hill Country.