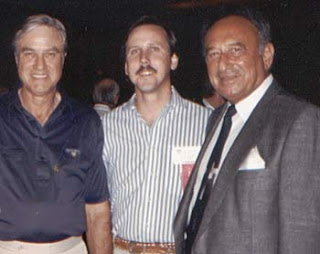 He was a great Judge.

My condolences to the family and friends of Judge Casseb.

Rest in Peace, your Honor.

(Judge Casseb is on the right in the photo)

He was perhaps best known as the presiding judge in the Pennzoil vs. Texaco case in the mid-'80s, which resulted in the largest civil award in history to that point: $11 billion.