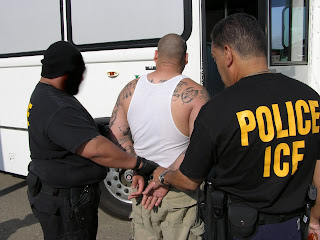 Hopefully there will be no one released who otherwise came across the border to do harm here.

BROWNSVILLE — In a move that could affect the revenues of private prison firms and county jails, the Obama administration said Tuesday it will review, renegotiate and possibly terminate some of its more than 300 contracts for detaining unauthorized immigrants.

The announcement by Department of Homeland Security Secretary Janet Napolitano is part of an overhaul aimed at ending the reliance on penal institutions for detainees with noncriminal immigration violations or valid asylum claims.

The overhaul, first announced in August, followed scathing reports and lawsuits by the American Civil Liberties Union and other groups alleging inhumane conditions, denial of medical care, and isolation in remote areas with limited access to pro-bono legal aid.